Hey Empire, Knock It Off

If I wanted to stand in a pitch black room and listen to extremely loud & wretched techno music then I'd spend my Friday night at Vinyl.  Knock it off. 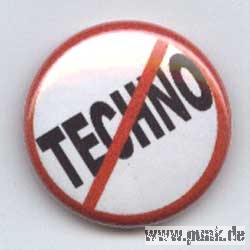 Posted by Over Carbonated at 8:59 PM No comments:

All of the 1-5 ppl that read this blog must be wondering wtf is up.  Back in December I signed onto a daytime bartending job, increasing my hours to about 10am-10pm 5 days a week, giving me no f&%#ing time.  Not abandoning the site (even though Jason could help instead of spending 5+ hours a day on joblow.com), just sabbaticalled until my bartending job ends in the next few weeks.

In the meantime,  grab yourself a Sierra Nevada Ruthless Rye (and thank me later).
Posted by Over Carbonated at 8:28 PM 2 comments: 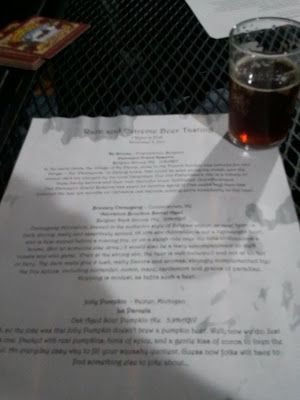 Extreme beers = extreme hangovers... ugh.  I can't say I didn't have fun though.


Here's the background story: Jason had me pick him up from school around 7:45 so that we could get there right at time at 8.  Unfortunately he decided it would be a good idea to turn off his phone during class which lead him to not know what time it was... so around 8:15 he finally showed up, after leaving me in the car for a half and hour anxiously awaiting him.  He was able to keep all his fingers though because I didn't miss any beers. 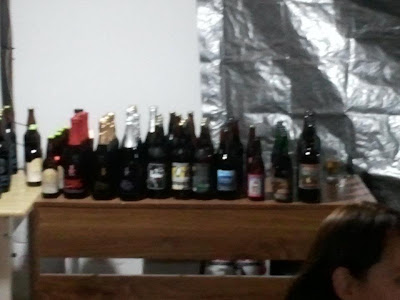 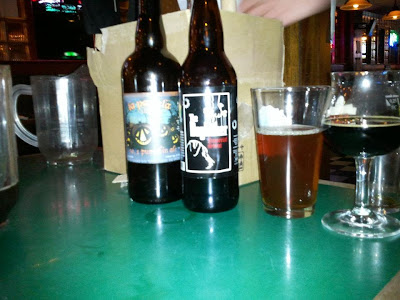 While Extreme Beers has the hefty price tag of $50 it continues to be well worth the investment.  We tried some outstanding beers that we would have not had the opportunity to have tried before, enjoyed some cheese and crackers, got to drink all the leftover beer (can you say, pitchers of Ommegang's Adoration??) and got to take all the free glassware we wanted. 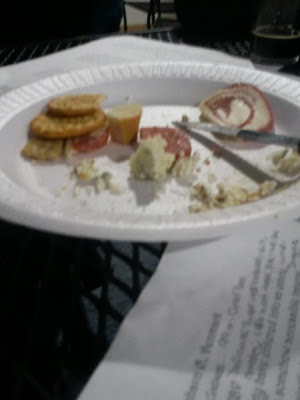 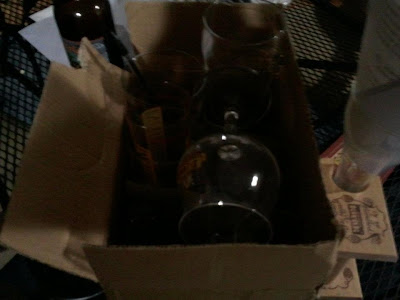 You're rare and I love it:

Belgian Christmas Ale.  Really good but I was too excited to get a beer to write a review about.  Also was a little anxious after we stormed into the event panting and yelling while someone was giving a speech... oops. 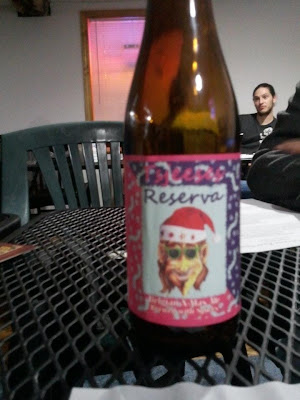 Spicy and bourbony.  Like drinking whiskey and candy corn at the same time.  Really intense flavor, really kicks you in the ass.  I mostly blame my extreme hangover on this beer.

Starts out sour but has a less sour and more sweet, mellow finish.  All of the beers that Jolly Pumpkin makes are sours, which means I'm going to have to start making trips to Dexter, Michigan (where they're located).  I really liked this one.  Not as harshly sour as I would have expected from a sour beer but that's what makes it well balanced and enjoyable to drink.  Little hint of spice in there but I don't take it too much and I would have liked to have tasted more pumpkin in the beer. 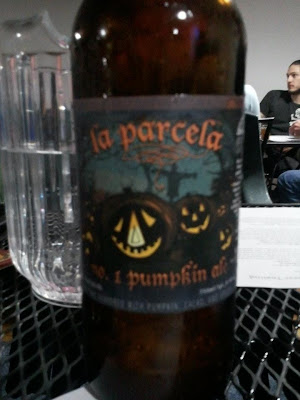 Rated99 on Great Beers.  Delicious, roasty and dark.  Super well balanced and has a little bit of a burnt taste to it.  Plus, I enjoy the humor of the beer being named "Gudelos" or Godless and that it was brewed with the Danish Atheist Society.  Jason calls this one a "dangerous beer" because it's high in alcohol but it's hidden so you can't really tell that you're drinking a big beer.  Lovely mouth feel.

Really sweet and to me it tastes too much like bourbon.  Jason and I both prefer the Gudelos better.  We also were able to try their 2011 Russian Imperial Stout which tastes about the same but only weaker.  It reminds Jason of Ithaca's Dark Humor.

Son of a bitch... they totally stole my idea.  Not as peppery as I would liked... so I win this round, Mikkeller.

I've had this beer a few times and my response to it whenever someone asks me about whether or not I like it is, eh.  Here's my issue:  when the ABV on a beer is extremely raised it starts really tasting like whiskey and since I don't like drinking whiskey on the rocks or straight up, I have a hard time drinking a beer that resembles those flavors.  But, I do have to say that at least there's enough hops in this beer to somewhat mask the intense whiskey flavor.

So one day Dogfish Head went up to Pearl Jam and said, hey we want to do a beer after you guys... what do you normally drink on tour?  Pearl Jam responded with: Red Wine & Corona.  I probably would have walked away at that but Dogfish Head did not so therefore I give you "Faithfull," which tastes like red wine and corona.  I'll take your finest and cheapest Cabernet...  Does not do it for me, blah. 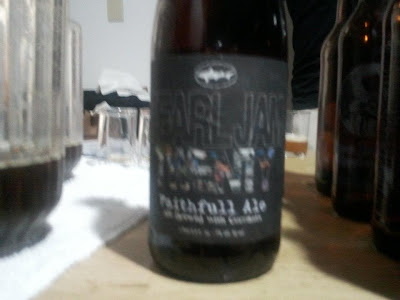 Posted by Over Carbonated at 9:32 AM No comments: